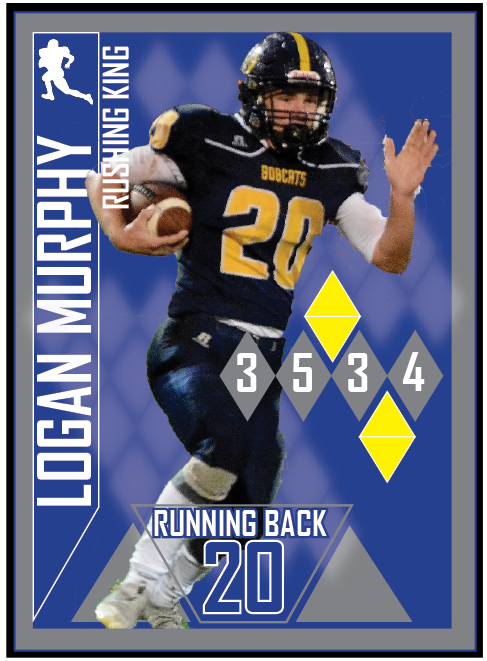 OTTAWA LAKE – The Whiteford Bobcats have had a long list of outstanding running backs, but current senior Logan Murphy has put himself on top of that list.

Murphy became the Bobcats’ all-time leading rusher Friday with a career-high 234-yard performance at home against Clinton. It came in Whiteford’s 22nd-staright victory.

Murphy passed Jesse Kiefer on the Whiteford career rushing list. They are the only two Bobcats to rush for more than 3,000 career yards. Murphy has 3,524 yards heading into Friday’s game vs. Britton Deerfield. Kiefer rushed for 3,327 yards in his career (2013-2016).

“It just proves that the four years I spent in the weight room and doing extra sprints pays off,” Murphy said.

Murphy has rushed for at least 100 yards 18 times in his career, another Bobcat record.

Here’s a look at the all-time leading rushers in Whiteford history:

Murphy is also high on the list of Whiteford career scorers. He is second in both touchdowns scored and career points, behind Kiefer in both categories.

The Bobcats close out the regular season at 7 p.m. Friday when they travel to Britton to take on the Britton Deerfield Patriots. With a win, the Bobcats clinch an outright TCC title and probably home field for at least the first round of the state playoffs. The playoff pairings will be announced Sunday.