OTTAWA LAKE – The Whiteford football and baseball fields aren’t getting a lot of use this spring sports season but it is gaining some area attention.

On Friday night, Whiteford Athletic Director Jason Mensing turned on the football field lights for 20 minutes and 20 seconds, to honor the Class of 2020. The lights went on at 8:20 p.m., which is 20:20 in military time.

“We’ve spent a lot of time talking about ways to honor our seniors,” said Mensing, who is also Whiteford’s director of student advancement and football coach. “It’s a difficult time for them. We understand that. We want to make sure they don’t leave the school year feeling left out.”

Due to COVID-19, the Michigan High School Athletic Association suspended and later canceled spring sports for this school year, leaving athletes from across the state without a final season to complete their athletic careers. No one will ever know what records might have been broken or what championships might have been won. 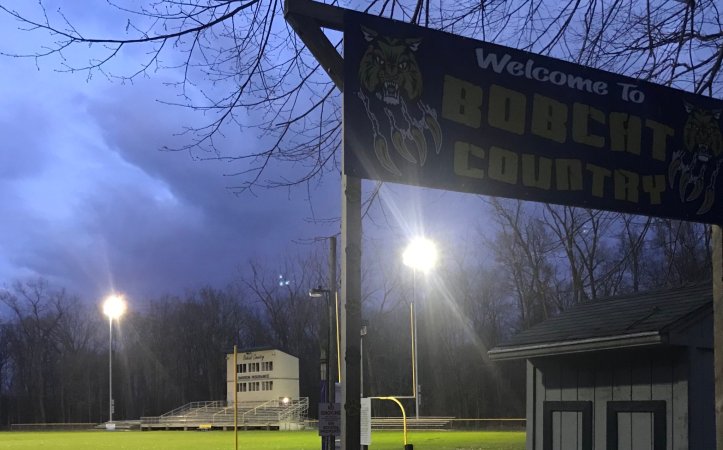 “Over these last few weeks, I’ve spent a lot of time thinking about how much school sports meant to me,” Mensing said.

“Your heart goes out to all of the students, athletes and non-athletes. This was the last few months of their senior year. To have everything happen so abrupt is so difficult for kids. There’s a great lesson here, but there are things that they are missing to.”

The football field is often a gathering place during the fall sports season for not just student-athletes but also for entire communities. Whiteford is no different. Mensing said the reaction he’s received since Friday night’s lighting of the field has been overwhelmingly positive. 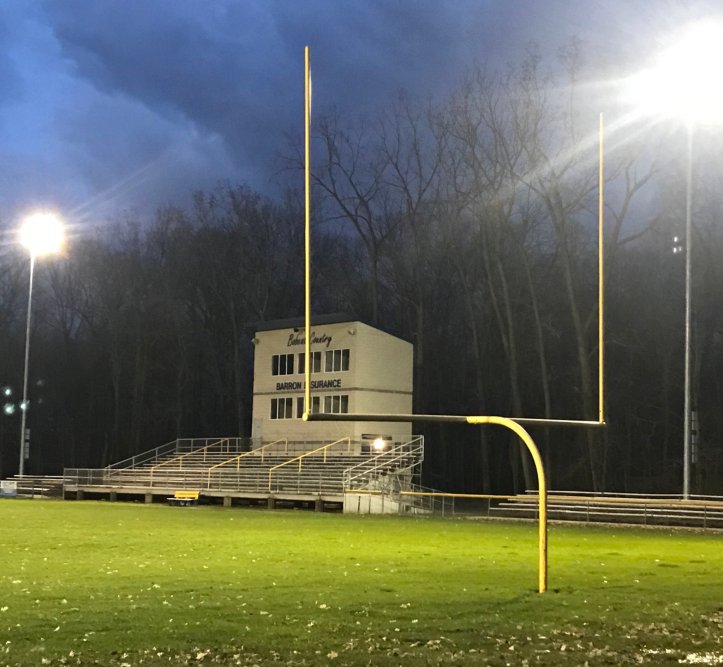 Mensing added that the lights being on is mainly for social media purposes and is not an invitation for students or area residents to gather at the field. That is not permitted due to social distancing guidelines put in place by Gov. Whitmer.

“I had some seniors reach out to me via text message or on social media thanking me or saying they are glad we are doing it,” he said. “Some other schools are doing it, or I think will do it, too. We went live on Facebook when we did it Friday and had 6,000 people watching. It was very positive.

“The plan is to shine the lights every Friday until graduation.”